Share a memory
Obituary & Services
Tribute Wall
Read more about the life story of Irene and share your memory.

Irene, the daughter of the late Henry and Elizabeth (Baer) Binversie, was born on November 25, 1930. She grew up on a dairy farm near School Hill, WI.  Irene married James Ziegelbauer on October 7, 1950. She began her career at the Salvatorian Publishing Department in St. Nazianz, and later worked for the Mirro Company in Manitowoc.

Alongside Jim, she operated a Budweiser and Hamm’s beer distributorship, as well as The Timber Lodge, The Red Bird, and The Varsity Club. Irene and Jim had together owned and operated the North Shore Warehouse from 1972 to 2008. Irene and Jim were members of the Charter Board of Directors for Roncalli High School. She found great joy volunteering as a choir member in the St. Francis of Assisi Parish Resurrection Choir, where she was a parishioner. Irene was also a woman of many talents and hobbies, including golf – in which she participated in local tournaments, bowling, playing the harmonica, cooking, and baking her famous apple pie.

The family would like to thank all those who cared for Irene, especially the nurses and staff at Felician Village and Sharon S. Richardson Community Hospice.

Online condolences may be expressed by visiting www.lakeshorefamilyfuneralhomes.com.

To send flowers to the family or plant a tree in memory of Irene R (Binversie) Ziegelbauer, please visit our floral store. 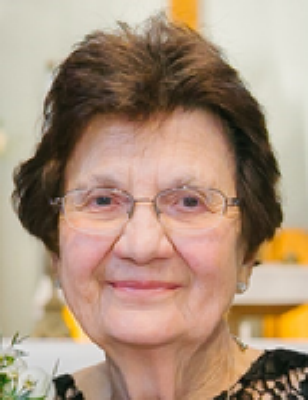