Share a memory
Obituary & Services
Tribute Wall
Read more about the life story of Joan and share your memory.

Joan was born on January 23, 1946 in Detroit, MI daughter of the late Howard and Edna (Krafft) Bilyeu. Joan along with her brother and sister grew up in Port Huron and she attended schools in Port Huron, moving to Wisconsin in 1990. Joan loved to paint, draw, entertain and make people laugh. She also loved to cook soups and enjoyed her family more than anything. Joan had a deep faith in God and enjoyed being involved at her church in Two Rivers, the Abundant Life Church. She had many people she considered church family there. The best memories of her are dancing and singing to her favorite songs. Joan also loved birds, the sunshine and watering plants. She was an adventurous woman and will be dearly missed by many people. REST IN PEACE Joan Carol Wolvin.

Memorial service will be held at 4:00 PM on Saturday, October 15, 2022, at the Abundant Life Church, 1969 Roosevelt Avenue, Two Rivers. Rev. Jeffrey Roberts will officiate with burial of her cremated remains to take place at a later date in Michigan. Relatives and friends may call on Saturday at the church from 3:00 PM until the time of service at 4:00 PM. Online condolences may be expressed to the family by visiting www.lakeshorefamilyfuneralhomes.com The Lakeshore Family Funeral Homes, Klein & Stangel Funeral Home, Two Rivers location is assisting the family with arrangements.

In lieu of flowers memorial donations can be made to the Abundant Life Church in Joan’s name.

The family would like to give a special thanks to all the caregivers Joan had through the years! Monique, Pat, Tanya, Montana, Michelle, Tracy, Sandy, Sharee, Abbie, Kim, Kayla, Kate, Barbara, and Mishka.

To send flowers to the family or plant a tree in memory of Joan Carol (Bilyeu) Wolvin, please visit our floral store. 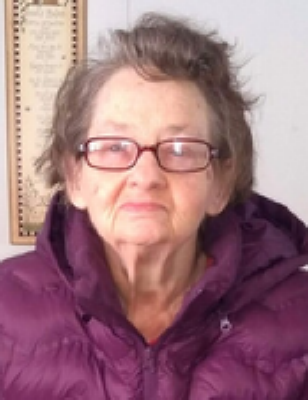