Share a memory
Obituary & Services
Tribute Wall
Read more about the life story of Scott and share your memory.

Scott Arthur Skattebo, age 61, passed away on November 12, 2022, at Froedtert Holy Family Memorial Hospital with his wife of 36 years by his side. Loving family and close friends were with him in his final days. In recent years he faced multiple cancer diagnoses with mental strength, courage, and resilience.

On October 18, 1986, Scott married the former Marlene Niemi at First Reformed UCC, Manitowoc. They had two wonderful children, Amber and David. After his sister's passing in 2012, there was no question in his mind that he would care for his niece Emily like she was his own daughter.

He was employed by Manitowoc Cranes for over 25 years and was one of the first to graduate their Journeyman Metal Fabricator apprenticeship. If you see a Manitowoc Crane boom pointed toward the sky, Scott most likely helped weld it. His career took him to locations in the United States, Canada, and Australia.

Scott's tendency to start a phone conversation with “Talk to me, are you mad?” has baffled us for years. At Christmas it was challenging to wrap a gift that he could not guess. In the kitchen, he inherited his mom's cooking talent and created “concoctions” whose excellent taste belied their appearance. His fish fry converted even the most ardent non-fish eater. Scott had a sweet tooth for Snickers and said that a balanced diet was a cookie in each hand.

He found great joy in teaching children. As youth coordinator for the Sheboygan/Manitowoc Co. Pheasant's Forever, Chapter 590, he organized annual pheasant hunts. As youth director for the Manitowoc Gun Club, he built and promoted the Birdbuster's clay target team and made it more affordable through an endowment with the Midway USA Foundation. He was instrumental in establishing clay target shooting as a lettered sports club at Manitowoc Lincoln High School. He always said that clay target shooting, “leveled the playing field” and allowed more kids to participate.

Scott was a member of the Manitowoc Fish and Game and was an avid walleye fisherman and deer hunter. While still able to, he enjoyed pheasant hunting behind his German Shorthaired Pointers.

He was preceded in death by his mother Doris Skattebo, his sister Susan Skattebo, grandparents, aunts, uncles, cousins, and close friend Mark Korb.

Friends and family may visit from 9:30 am until the time of service at 12:00 pm on Thursday, November 17, 2022, at Peace United Church of Christ, 3613 Waldo Blvd, Manitowoc. Officiating at the service will be the Rev. Dr. Matthew L. Sauer, with cremation to follow the service.

In lieu of flowers, please donate to the American Cancer Society, the Manitowoc Gun Club Bird Busters, or the Sheboygan/Manitowoc Co.Pheasant's Forever, Chapter 590.

Online condolences may be expressed by visiting www.lakeshorefamilyfuneralhomes.com

To send flowers to the family or plant a tree in memory of Scott Arthur Skattebo, please visit our floral store. 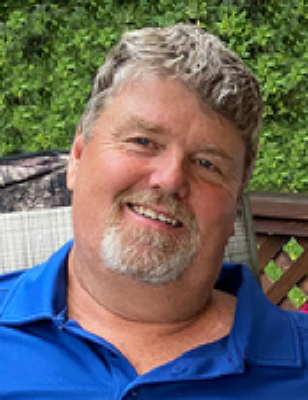