Share a memory
Obituary & Services
Tribute Wall
Read more about the life story of Steve and share your memory.

Steve was born on June 25, 1939 in Alton, IL to the late Frank and Demetra (Gioumpakes) Rigas. He was a graduate of the St. Louis Institute of Music. On October 20, 1968 he married the former Kathie Fechalos in Hammond, IN. She preceded him in death on September 17, 2022. Following his retirement in 2008, Steve and Kathie moved to Sheboygan to be closer to family. He was an avid fan of the University of Notre Dame football and St. Louis Cardinals baseball teams.

Steve is survived by his two sons: Frank Rigas, and Chris Rigas, both of Sheboygan; and grandson: McGwire Rigas (Michael Klingeisen), of Sheboygan. He is further survived by brothers-in-law and sisters-in-law; nieces, nephews, other relatives and friends. Steve is preceded in death by his parents; his wife; daughter-in-law: Kari Rigas; brother: George Rigas; sister: Doris (Gus) Gavrilos; father and mother-in-law: Anton and Lillian Fechalos; and brothers-in-law.

A funeral service to celebrate Steve’s life will be held on Thursday, December 1, 2022 at 11:00 am at the St. Spyridon Greek Orthodox Church, Sheboygan, with Fr. Leo Gavrilos, Fr. Panteleimon Dalianis, and Fr. Michael Gavrilos officiating. Relatives and friends may greet the family on Thursday, December 1, 2022 at the church from 10:00 am until the time of service at 11:00 am. Burial will take place at Sunrise Memorial Gardens.

Expressions of sympathy can be made to the family by visiting www.lakeshorefuneralhomes.com

In lieu of flowers memorials can be made to Sharon S. Richardson Community Hospice in Steve’s memory.

The family wishes to extend a heartfelt thank you to Dr. Bettag and his staff, along with the staff of Sharon S. Richardson Community Hospice for their care and compassion.

The Lakeshore Family Funeral Homes, Wittkopp location, is assisting the family with arrangements. 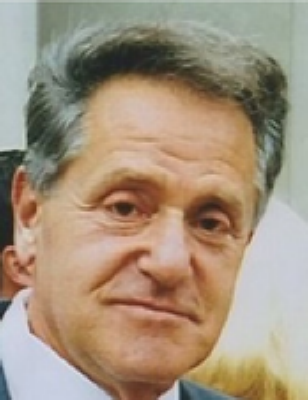